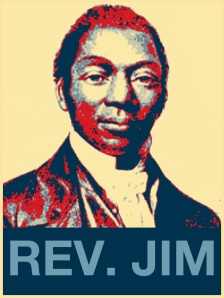 The Reverend James W.C. Pennington, D.D. had been warmly received in Scotland, had his biography published in England, and was awarded an honorary doctorate from Heidelberg University in Germany. But back home in the United States, James Pennington was a wanted man.

Hartford’s Rev. Pennington was actually Maryland’s Jim Pembroke, an enslaved black man who successfully made a daring escape. He was sheltered by a sympathetic Quaker family, and changed his name in honor of Isaac Pennington, a 17th century defender of Quaker beliefs. He attended Yale, studied for the ministry, and made Hartford his home in 1838, preaching from the pulpit of the Talcott Street Congregational Church. That same year, he presided over the marriage of his friend and fellow abolitionist Frederick Douglass to Anna Murray in New York.

Pennington’s arrival in Hartford coincided with an explosion of activity in the movement to eliminate slavery. Abolitionists had been buoyed just a few years earlier by a vote of the British Parliament to end slavery in the West Indies. The first of August became the annual date for emancipation celebrations throughout the northern United States. Already an outspoken opponent of slavery, Rev. Pennington received a special invitation to attend and speak at Newark, New Jersey’s commemoration in 1839.

A split was brewing within the ranks of abolitionists, however, between “radicals” who favored the efforts to wipe out slavery immediately and the “gradualists” who expected the pressure of moral persuasion to succeed. In May, 1840 Pennington and other African Americans met in Hartford to plan a national convention exclusively for Black abolitionists to plan for the future. Such a meeting was necessary, Pennington said, due to the “division among our friends.”

Searching for an effective base to press forward on his life’s work, Rev. Pennington helped found the Union Missionary Society in 1841. The Hartford organizing meeting attracted 43 delegates from five states. Honored guests included members of the Amistad mutiny who had been fighting legal battles in Hartford and New Haven since their capture in 1839. The Society (open to all races) was anti-slavery and it denounced the concept of colonization favored by those who believed the best resolution was to ship black people to Africa. 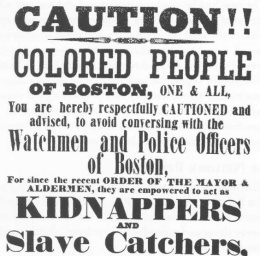 The question of how northern states should treat runaway southern slaves was brought into sharp focus in 1842. George Latimer had escaped bondage from a Virginia plantation and was arrested in Boston under the Fugitive Slave Act.   James Pennington spoke out on the case from his pulpit and helped build the campaign to free Latimer and end Massachusetts’ complicity with slavery. Within months, enough pressure was put on the Virginia slave owner to force him to sell Latimer. Soon after, Bay State lawmakers passed the “Latimer Statute,” which forbade the use of public facilities or services to hold or arrest fugitive slaves. The Boston case was a parallel to Pennington’s own plight. Even as he spoke out for George Latimer, Pennington had kept his fugitive status a secret, even from his wife Almira.

Rev. James Pennington spent his life serving congregations in New York, Maine, Florida, and Mississippi. He battled alcoholism, the premature death of his wife, and fights within the abolition movement. He finally resolved his own status by having his Hartford friend John Hooker “buy” him and free him the next day. Today, Pennington’s Talcott Street Church is known as Faith Congregational, and it carries on his tradition and history.

In 1855, Pennington was arrested in New York City for riding on a segregated street car in support of a longstanding organizing effort.  The campaign took the case to the state Supreme Court and won– exactly one hundred years before Rosa Parks broke the Jim Crow barrier on a Montgomery, Alabama bus.