After the American Civil War, a handful of courageous Hartford volunteers took part in a brief but critical moment that held a promise of healing the nation.  One of those brave souls was Rebecca Primus, a member of the Talcott Street (now Faith) Congregational Church.

Reconstruction was a far-reaching federal project that actually became law before the war’s 1865 conclusion, despite fierce political opposition and woefully inadequate funding. But it couldn’t have accomplished what it did without the efforts of thousands of Northern citizens, especially teachers.

From 1865 to 1872, the Freedmen’s Bureau operated as Reconstruction’s imperfect instrument of liberation.  The Constitution’s Thirteenth Amendment outlawed slavery and the Fourteenth Amendment declared that “all persons born or naturalized in the United States” were citizens. The Bureau mission was to rebuild the South for the four million African Americans who just achieved freedom from slavery.

Initially promoted by President Abraham Lincoln, the federal Bureau had the enormous task of feeding, educating, and providing medical care for those  millions who were, for all intents and purposes, impoverished immigrants in their own country.

Historian Howard Zinn describes Reconstruction as the “brief period after the Civil War in which southern Negroes voted, elected blacks to state legislatures and to Congress, introduced free and racially mixed public education to the South.”

To supplement the Bureau’s effectiveness, Hartford advocates established their own Freedmen’s Aid Society in the spring of 1865. “The old New England doctrine that education makes Freedom safe is as true in South Carolina as it is in Connecticut,” declared the Hartford Courant. 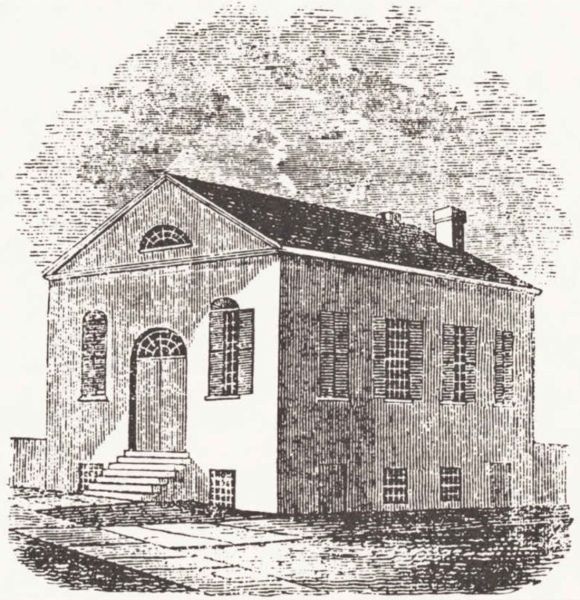 “The New England Freedmen’s Aid Society, the first one of its kind, [is] building school houses, providing subsistence to teachers, and buying school books,” the Courant continued. Hettie Primus, Rebecca’s mother, was the only African American on the Society’s board, and had been a founder of Talcott Street Church.

The Hartford Aid office was situated in the North Baptist church (which once stood at Main and Talcott Streets). Volunteers collected financial and material donations.  They also repaired and sewed clothes for shipment to the South. Many of the donations came from Hartford’s black families, according to a Society report.

A furious backlash ensued against this progress. The white Southern elite engaged in widespread terror against the black population that was struggling to establish itself after two centuries of slavery.

This reactionary attitude carried into Connecticut, supported by an entire political party: the Democrats.  At their 1869 state convention, the party’s leaders accused radical Republicans of “hatred and revenge,” primarily because they insisted on the full franchise for freedmen of the South. 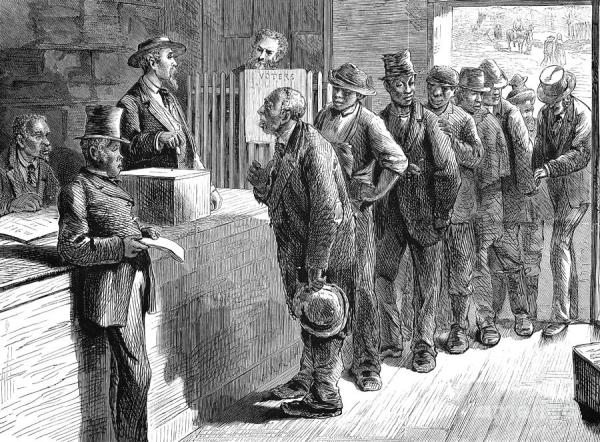 These “copperheads” criticized black freedom fighters who wanted to “deprive the states of the Union of their right to prescribe the terms and conditions of the suffrage of their own citizens.” They were attempting to “introduce a new class of voters in the country to the injury of all other voters,” the Dems warned. The old “states rights” argument, it seems, has never lost its power to to enable black disenfranchisement and oppression.

In the face of such opposition, the national Freedmen’s Bureau was instrumental in building thousands of schools for 90,000 black children and adults. These were the first Southern public schools for former slaves, “where negroes could learn the ABC of freedom,” as one Hartford booster put it. The Bureau services were a lifeline for poor whites as well. 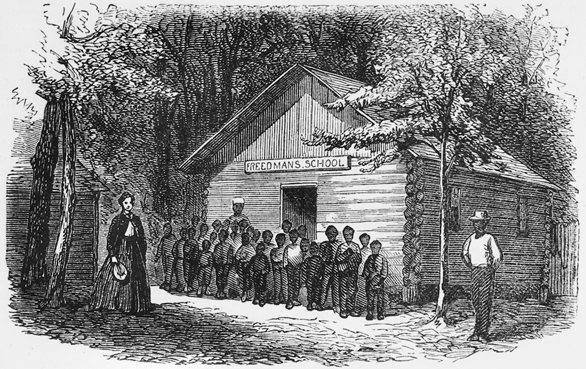 Northern politicians and industrialists saw the end of the the war as an opportunity to consolidate their dreams of empire.  “Nothing is so profitable as Justice,” one newspaper shrewdly noted. Emancipation tipped the balance of Congressional power away from the old South, and provided cheap (non-union) labor for business. This  combination of money and power inevitably spawned ruthless robber barons, a rich, powerful upper class, and the start of the “Gilded Age.”

Rebecca Primus was the daughter of Holbridge and Mehitable (Hettie) Primus, “respectable colored citizen[s] of Hartford.”  The local Society was required to pay $500 a year (about $7,500 today) to support Rebecca and each teacher it sent to Southern towns. By 1866, city volunteers had collected the current equivalent of $20,000. Rebecca was also required to pass a test by the New England  Freedmen’s Aid Society (the regional umbrella group) to determine her competence to teach.

In her report to Hartford, Rebecca noted that, at her assignment in Royal Oak, Maryland:

“The children behave well during school hours, are attentive to their lessons and are neatly and comfortably clad… We are led to hope, therefore that many liberal hands will open to these humble aspirants for learning, and that, another year, Hartford will send southward double its present number of teachers.”

“White children… inherit the prejudices of their enlightened parents, for they are the systematic persecutors of the studiously inclined colored students. Students at a large nearby white school keep up relentlessly the ‘war of the races’.”

Quite likely, the unrelenting harassment by white neighbors led to Hamilton’s decision to leave the school after one year.

Despite Southern hostility, by 1867 Hartford was funding five teachers and providing funding for freedmen to relocate in the Hartford area. Joining Harriet Hamilton in Washington was Rebecca Elwell; Carrie Loomis taught in Columbia South Carolina, and James E. Lazenby opened a school in Virginia, his home state. 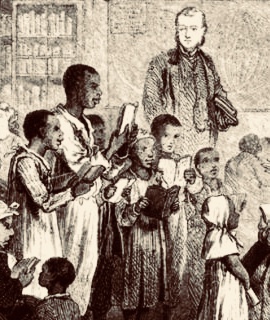 The hiring of Lazenby, a white Virginian, was unique in several ways. Originally working as a teacher of white students, he then served as a lieutenant in the Confederate army’s 11th Virginia Infantry. Thousands of Southern teachers were desperate for work after the war; almost all pledged their allegiance to the republic in order to get a job. Yet as few as a dozen of them desired to teach black students, according to historian Ronald E. Butchart.

According to the publication American Freedmen (November, 1866), James Lazenby established a school in the Emmaus Post Office of Bedford County, Virginia. There he was aided by his daughter; together they expected to teach 100 students a year.

End of an Era

By 1877, the Reconstruction experiment was over. Many  Northerners, apparently,  suffered from “compassion fatigue.” Some political leaders who had sided with anti-slavery forces (but not with radical abolitionists) questioned whether African Americans could govern themselves.

Southern racists mounted an effective propaganda war to help them recover political power: “carpetbaggers” were Northern meddlers; “scalawags” were moderate Southerners (and usually, ‘poor white trash’ who had nothing to gain by the return of the wealthy hierarchy); “mongrels” were emancipated black people not worthy of self determination.

A reactionary U.S. Supreme Court was issuing rulings that that stripped civil rights protections from individuals formerly protected by the Fourteenth and Fifteenth Amendments. One of those decisions, Plessy vs. Ferguson in 1896, dealt a severe blow to racial equality, essentially approving the “separate but equal” public facilities laws that had originally been adopted by black-led Southern states just after the Civil War.

“The American landscape conspires to make sure…Reconstruction is almost invisible all across the nation,” writes James W. Loewen in Lies Across America, is analysis of historic sites around the country. Instead, Southern monuments lionize the “white racist Democrats,” wrote Loewen, who rolled back the interracial progress that was made during the first years after the Civil War.

Of the one hundred-plus Civil War memorials in Connecticut (as documented by the Connecticut Historical Society) not one celebrates the Reconstruction efforts of men and women like Rebecca Primus.

At least 12,000 students were enrolled in the Southern Freedmen’s schools funded by the Hartford and New England Aid Societies. More than 83 schools were built, employing almost 200 teachers.

A physical manifestation in Hartford that commemorates and celebrates Reconstruction is long overdue. But somewhere, hidden deep in the family histories of thousands of African Americans, resides the real memorial to the early fight for racial freedom and justice.