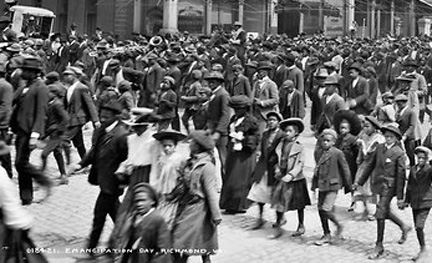 On the morning of Wednesday, August 1, 1860, hundreds of African Americans— men, women, and children— from Hartford and surrounding towns gathered at the Talcott Street Congregational Church, on the corner of Talcott and Market Streets.

They were celebrating the emancipation of enslaved people of the British West Indies from Great Britain.

This event was significant for a number of reasons, not the least of which that local African Americans weren’t marking their own freedom, but the emancipation of those outside the United States. It wasn’t until 1865 that the Thirteenth Amendment abolished legal slavery throughout the nation.

[In Jamaica, Barbados, Trinidad and Tobago and a dozen other islands Black people gained their full freedom and began celebrating this day on August 1, 1838. Haiti was established after a slave rebellion on January 1, 1807.]

The marchers formed a procession and walked up to Main Street and north on Albany Avenue to a place known as Carter’s Grove. This was probably the largest gathering of Black folks in the history of the city. 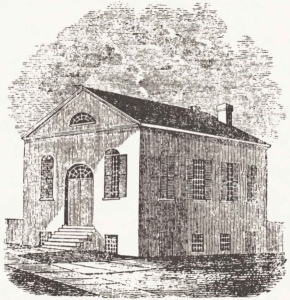 Rev. Amos N. Freeman was the pastor of Talcott Street from 1860 to 1863. Because he and his congregation welcomed music and musical instruments in the church, Talcott Street was sometimes criticized as “theater.”

But the 1860 Talcott Church Emancipation Day celebration was full of joyful sound: music, singing, speech making and a performance by Mitchell’s Band.

Some months before that Hartford celebration, in 1859, John Brown had been executed in Charlottesville, Virginia. And less than a year after the Talcott Street parade, the American Civil War began in April, 1861.

A lesser known but troubling event took place four months after the August freedom celebration. Three hundred assembled Hartford school children sang Christmas carols in front of City Hall on Market Street, just a few blocks away from the Talcott Street Church. For some unexplained reason, they also sang “Dixie,” soon to become the national anthem of the Confederacy. Although Hartford had a good number of anti-slavery residents, there were also plenty of people who supported the bondage of almost four million souls.

The Center of Black Resistance

Over the years, The Talcott Street Church community assisted the Amistad captives (two church members returned to Africa with them), participated in the Underground Railroad, publicly disobeyed the 1850 Fugitive Slave law, convened a national meeting of African American ministers in 1858, and in the 20th century, hosted members of the falsely accused Scottsboro Nine.

Talcott Church leaders such as James Mars provided support for Nancy Jackson, who successfully challenged a Southern slaveholder claiming her as “property.” Under the guidance of Hettie Primus, the church sent clothing and supplies down South after the Civil War. Probably the most important Reconstruction contribution Talcott Church made were the five teachers, including Hettie’s daughter Rebecca Primus, who volunteered to build and teach in Southern schools.

Reverend James Pennington led Talcott Church while still a fugitive from a southern plantation. Selah Africanus engaged in political organizing for abolition and liberation. Augustus Washington taught school at Talcott Church and opened a daguerreotype studio. Sixteen-year old Ann Plato was a teacher and poet who wrote about Emancipation celebrations and Native American history. It can be said they were among the first advocates of Black empowerment.

One of the city’s ”long distance runners” for civil and women’s rights was Mary Townsend Seymour (1873-1957) who was a member of Faith Congregational Church, the direct descendant of Talcott Church. Seymour hosted W.E.B. DuBois and others in 1917 to organize the first NAACP chapter. She went undercover as a tobacco worker, learning first hand about the mistreatment of Black women on the job, and later helped them start a union. In 1920 Seymour ran as a state representative from Hartford. In 1922, she ran on the Socialist and Farmer-Labor Party tickets for Secretary of State.

The Easton family played an extraordinary role in the life of Hartford’s Black community. They were descended from free men and women who accomplished much dating back at least to the Revolutionary War. Reverend Hosea Easton was the first minister of Talcott Street Church and went on to build the Colored Methodist Episcopal Zion Church as well. He wrote and published brilliant essays that predicted the call for full citizenship and Reparations.

His son Samson was a solid citizen and entrepreneur who risked prison for draping the State House “Lady Justice” statue in protest of the execution of abolitionist John Brown. A “jack of all trades,” he worked as a livery driver, operated a dance hall, and owned a “music emporium” where he repaired and sold instruments.

Samson’s son Hosea became a musician and actor known through much of the world. He was a “specialist banjoist” and performed in Robinson Crusoe on stage to integrated audiences. His portrayal of Uncle Tom in Harriet Beecher Stowe’s classic was wildly popular and won him great acclaim, especially in Australia where he died in 1899.

Today, as Faith Congregational Church on Main Street, the community continues this work, from spiritual uplift, to hosting the Martin Luther King Day public celebration, supporting striking nursing home workers, and defending the rights of immigrants. In 2019, the Church celebrated its 200th anniversary.