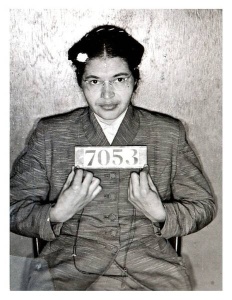 In 1955, Rosa Parks was removed from a city bus by a Montgomery, Alabama police officer. Her arrest sparked a successful 381-day bus boycott by African Americans in that Southern city, a turning point in the civil rights movement’s struggle to end legal segregation.

But Rosa Parks’ story is in danger of becoming a safe and distant myth, especially the way it has been taught in our schools. And worse, the way we view Mrs. Parks and the famous boycott may lead us to ignore the contributions of lesser-known women and men who have found the courage to challenge legal, institutionalized racism in cities across America, including Hartford.

Author Herbert Kohl deconstructs the Rosa Parks myth in his new book “She Would Not Be Moved.” He examines many history texts on the boycott story, most of which describe Mrs. Parks as an uneducated seamstress who challenged the Jim Crow law because her feet were tired. According to these accounts, some of which are still taught in our schools, the Montgomery boycott was a spontaneous affair, unconnected to the long-term, organized fight for social change.

In fact, before her arrest Mrs. Parks was a community leader, union member, and civil rights activist who had consistently challenged segregation laws. Union leader E.D. Nixon and the local Women’s Political Council seized the occasion to galvanize the African American community to action.  Thousands of black working people responded, engaging in a common effort and risking their physical safety and job security to maintain the 1955-56 boycott until its victory.

If we are to learn anything from the civil rights movement, we must challenge the tendency to soft-pedal the reality of U.S. apartheid. We must also resist the urge to locate that struggle only in the South, or to relegate popular resistance to a few well-known figures.That’s why we need to remember people like Ethel Thompson, Mansfield Tilly, Warren Stewart and Ralph Allen.

Ethel Thompson and her family were looking for a Hartford hotel in which to spend the night. They chose the Essex on Main Street. Mrs. Thompson checked in and was about to be taken to her room. The night clerk then realized that her husband and grandchild, waiting in the car, were “colored.” (The woman was light-skinned and had blue eyes.) He recovered from his shock and informed her that there was no vacancy. It was July 4, 1945, and the irony could not have been lost on Ethel Thompson, who had two sons in the armed services, one serving in the Philippines and the other in Germany. 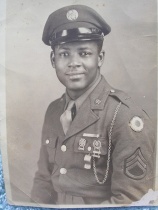 Thompson filed a complaint with the police. This was the first test case of Connecticut’s 1941 anti-discrimination law. Police Court Judge Abraham Ribicoff found the clerk not guilty, but Ethel Thompson’s action launched the fight for equal accommodations in Connecticut.

Mansfield Tilly and Warren Stewart were trained as electricians by the U.S. Army. In 1949 they applied for admission as apprentices in the electricians’ union, IBEW Local 35. The union’s refusal effectively kept the two men from obtaining employment. While a new breed of unions was aggressively challenging a century of racist behavior by much of the labor movement, most trade unions still saw themselves as preserves of white privilege.

The Hartford local was found guilty of violating the state’s Fair Employment Practices Act, but appealed the decision to the state Supreme Court. It wasn’t until a full five years later that Tilly and Stewart were working as union electricians.

Ralph Allen was a white student at Trinity College. Instead of starting his studies in the fall of 1963, he was in a Georgia jail, charged with “incitement to insurrection.”  The state’s sedition law did not allow for bail, and the penalty was death for those found guilty.

Allen’s crime? He had been registering black voters with the Student Nonviolent Coordinating Committee (SNCC) in the Bible belt town of Americus, Georgia. He was arrested after the police broke up a peaceful march that followed a church meeting. By November, after protests by students and community leaders, federal court action freed Allen. The court cited a violation of the 1957 Civil Rights Act and called the arrest an abuse of police power.

Like Rosa Parks, these local heroes made conscious decisions to risk their own security by challenging injustice. If we know their stories, they can inspire us to do the same.